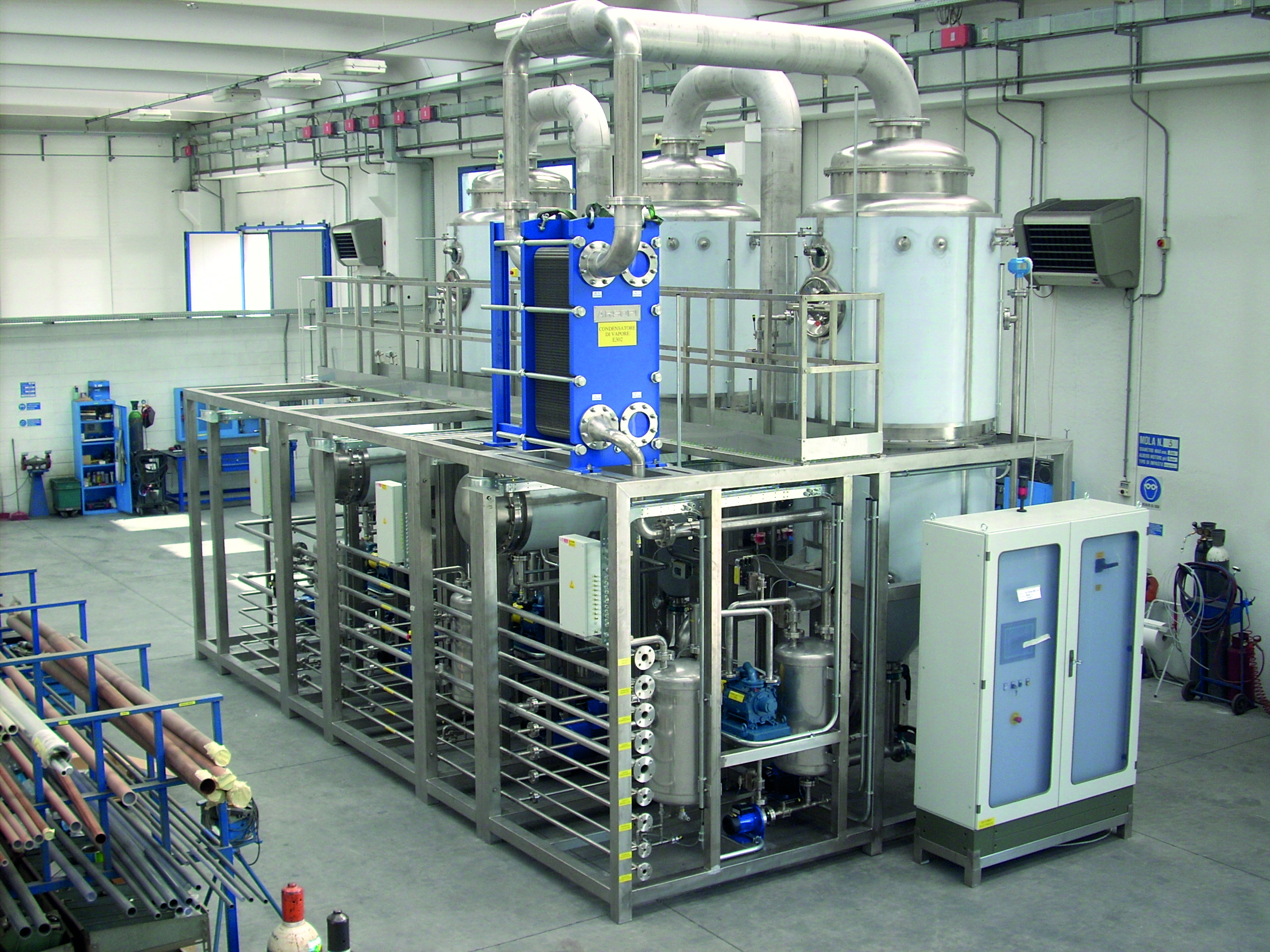 Despite the significant advantages of fluidized bed crystallizers, these devices have a number of certain disadvantages, such as:

These disadvantages are not found in indirect circulation devices that combine the advantages of these systems: the absence of contact of crystals with the circulation pump with high operational flexibility of processes.

In such devices, salt pulp with crystals from the growth chamber flows down under the action of natural forces, where it is partially discharged from the apparatus and partially sent to a mixing device, in which it is mixed with a circulating mother liquor (free from crystals) and sent to the upper part of the evaporating chamber of the crystallizer.

Due to the design features, the absence of contact between the crystals and the circulation pump is achieved and the problem of clogging of the central pipe of the crystallization chamber is solved because the solution is supersaturated in the presence of a sufficient number of seed crystals.