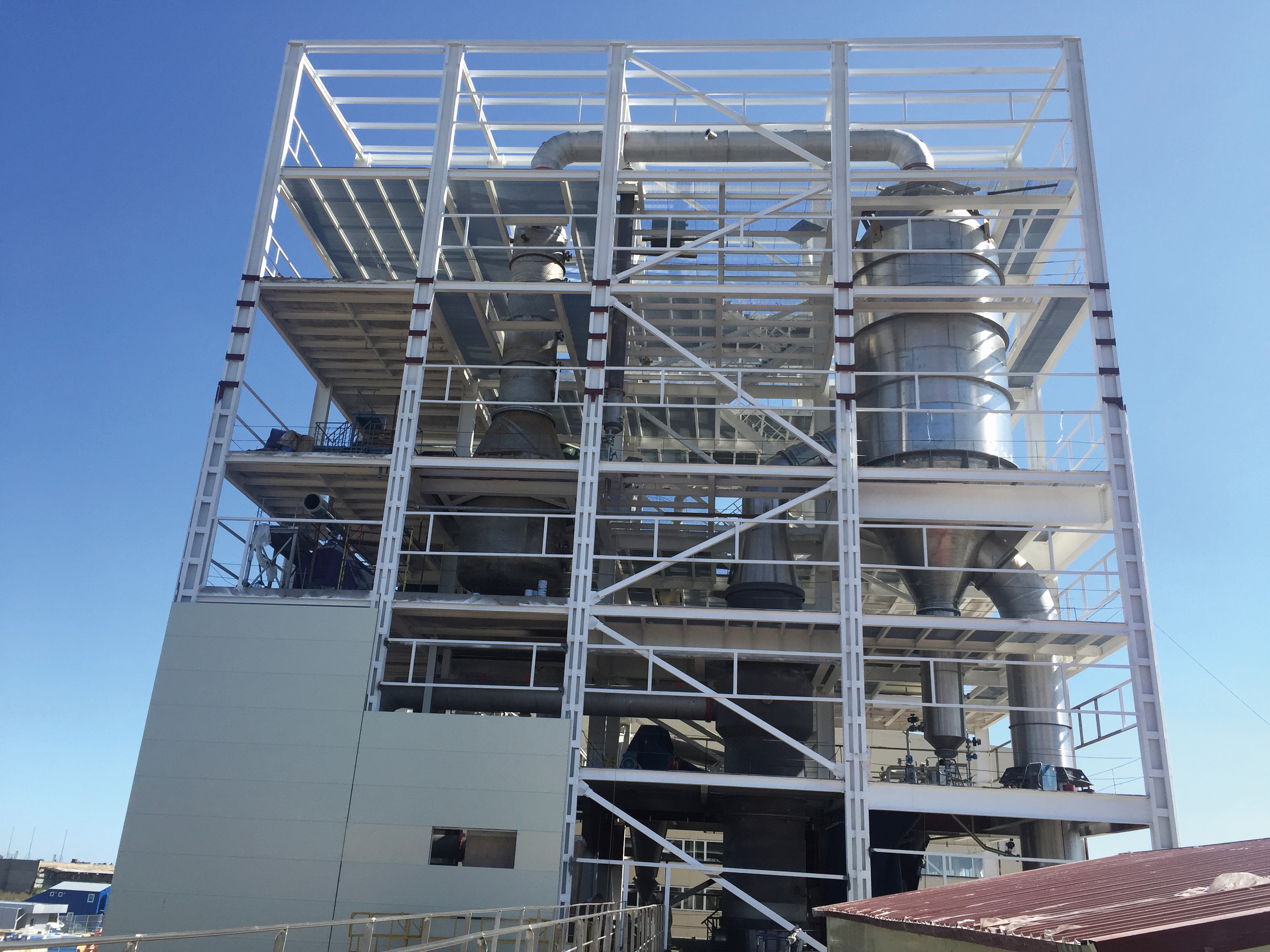 The initial solution is fed to the upper part of the heating chamber and distributed through the pipes using a special device, forming a thin film that evenly moistens their surface.

Under the action of gravity, the film flows down, gradually heating up.

After reaching the boiling point, an intense vapor release begins, additionally entraining the film and causing turbulence of its surface, thereby increasing the heat exchange efficiency.

In the separator, vapors and liquid are separated and drained from the apparatus.

Due to the better conditions of film formation and heat transfer compared to rising film evaporators, these devices are suitable for operation even at small temperature differences between the solution and the heating medium.