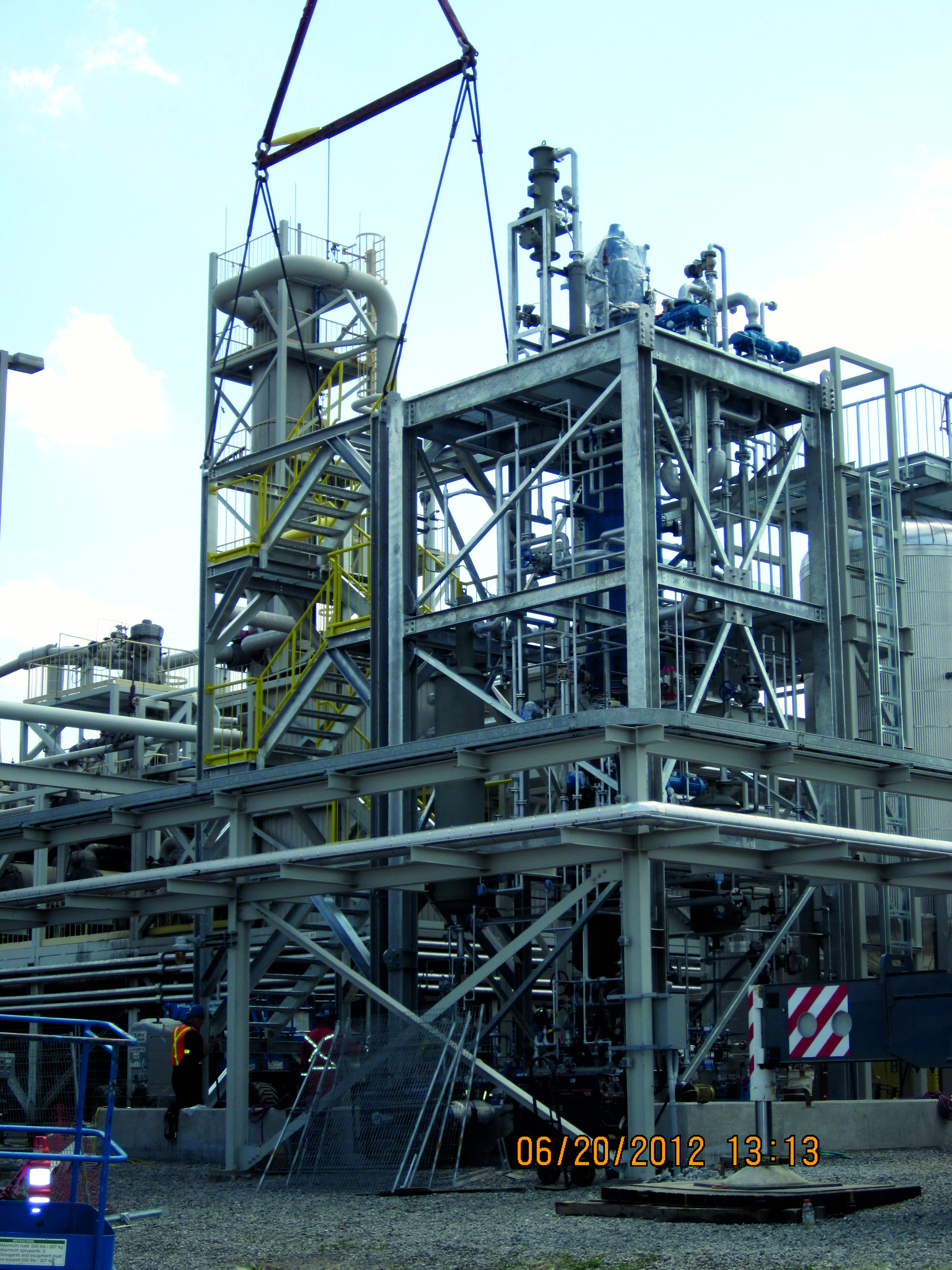 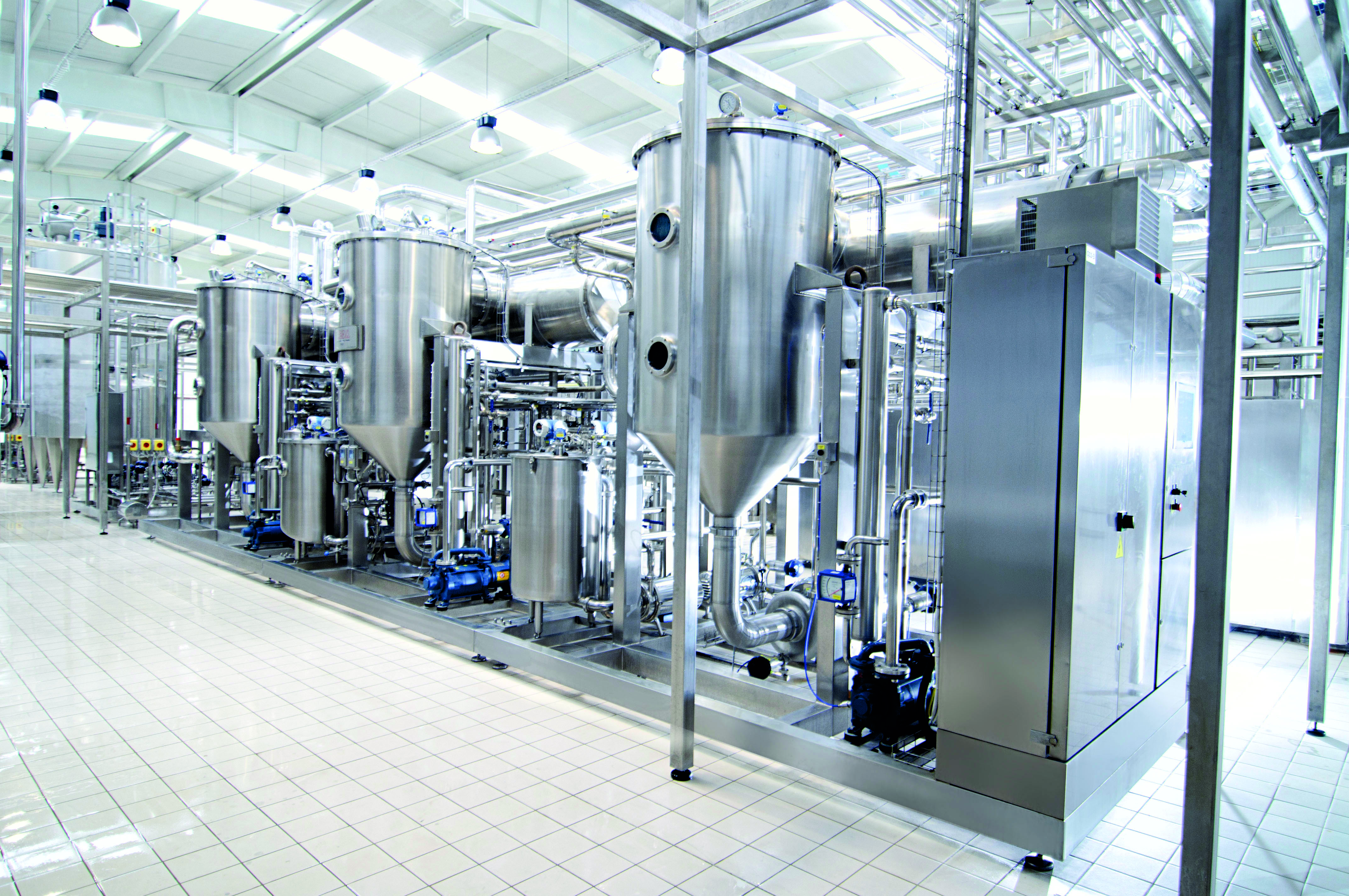 If a high increase of concentration in one evaporator stage is required, the rising film evaporator can be the optimal choice. The rising film unit is a very simple and economical device with high heat transfer rates and high availabilities.

The devices consist of a vertically positioned tubular heating chamber with a vapor separator located in the upper part.

The feed solution is fed to the lower part of the device and partially fills the heating pipes. As the solution is heated, it boils up and the resulting vapors, rising up, carry the liquid solution with them, distributing it over the surface of the pipes in the form of a film.

Evaporation from the film is very intense and the amount of vapor released increases, causing an increase in the speed of the vapor-liquid mixture as it rises in the pipes. In this case, the contact of the solution with the heating surfaces is short.

In the separator, the mixture is divided into secondary steam and concentrate, which is completely removed from the apparatus. 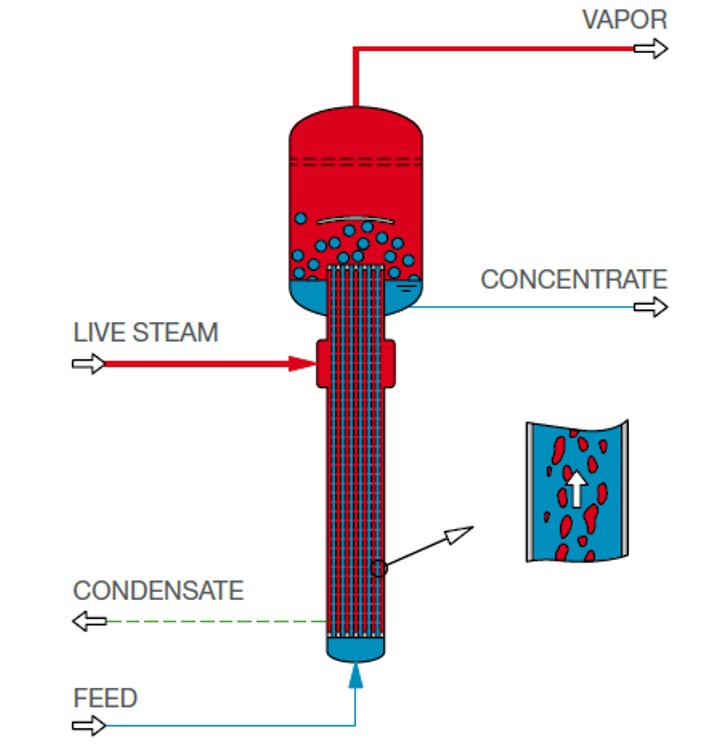